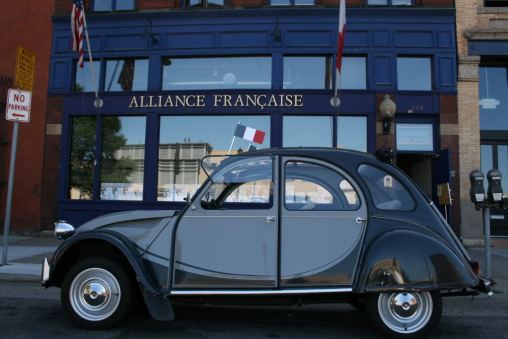 On a cold, blustery evening back in December, I was in the Vestry Hall, Richmond, London, helping a sweet old lady set out chairs. Every so often she stopped to wonder, ‘Where is everyone?’ or ‘This is the right day, isn’t it?’ Up to then I’d been certain it was, but I started having doubts. Or else they’d all looked at the programme, seen Mayotte: Histoire et Enjeux, a talk by Curtis Bausse, and thought, ‘Well, sod that. I’ve got better things to do on a cold, blustery evening in December.’

I was due to talk at 7 p.m. At 6.55, it was still just me, the sweet old lady and 40 empty chairs. This was a meeting of the Cercle Français de Richmond, to whom I’d written to ask if they wanted to hear about Mayotte. ‘Yes,’ replied Timothy, the association president, ‘that would be lovely.’ That was a couple of months before. Now I surveyed the empty chairs and thought, ‘Well, at least they won’t heckle me.’

Just after 7, the rank and file began to trickle in. This being the last meeting before Christmas, they’d brought wine and mince pies, so by the time I began to speak, it was almost 8 and we were all a little tipsy. Latecomers had brought the number up to a healthy 30 or so, though ‘healthy’ perhaps isn’t quite the word. The average age, at a guess, was 72. Halfway through my speech, one chap keeled over and hit the floor. I stopped speaking, as one would, while he was attended to, but Timothy signalled at me to carry on, his expression telling me not to worry, it was just old Fred having another heart attack.

Nobody heckled me. At the end they all applauded and asked questions in excellent French. Several came up and thanked me for a fascinating talk, and I was invited back to speak on another topic whenever I wanted. I hadn’t asked to be paid at all, but a few days later, Timothy sent me a cheque for £50, covering my travel costs from Cambridge. All in all, it was a very pleasant evening, except possibly for Fred.

They’d taken a bit of a gamble, Timothy said, because their speakers were usually on the registered list of the Alliance Française. In most of the major towns in the UK, there’s a French club, and apparently, if I get myself on the list, I can command a fee and tour the country giving lectures, all expenses paid. I’m not sure I really want to do that, but I said I’d look into it.

Set up in 1883, the Association nationale pour la propagation de la langue française dans les colonies et à l’étranger, as it was then known, included on its board such eminent citizens as Louis Pasteur and Jules Verne. Today it has over a 1000 locations in 135 countries. Its UK counterpart, the British Council, wasn’t founded till 1934, its aim being more overtly political at a time when pernicious ideologies were rising, namely to create in a country overseas a basis of friendly knowledge and understanding of the people of this country, of their philosophy and way of life, which will lead to a sympathetic appreciation of British foreign policy.

In many ways, the two institutions compete, continuing today the rivalry of empires. But despite the best efforts of the Alliance Française, the influence of French worldwide is in relative decline compared to English. Will that be the case in Europe after Brexit? Jean-Claude Juncker, President of the European Commission says that ‘English is losing its importance.’ But as The Economist points out, Among students at lower secondary level outside Britain, 97% are learning English. Only 34% are studying French and 23% German. In primary school 79% of students are already learning English, against just 4% for French. The demise of English appears to be a long way off. Meanwhile, though, all is not lost for French: there are still a few committed francophiles ready to brave the British winter to eat mince pies and hear about Mayotte.

21 thoughts on “The Richmond Circle”